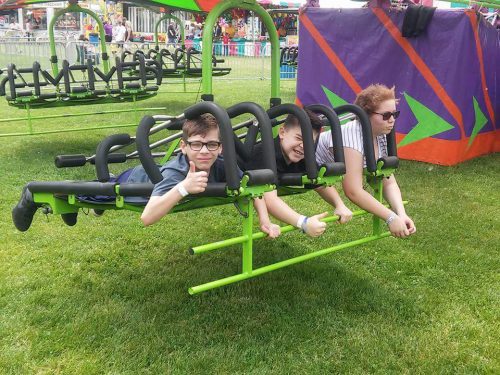 Where do I start. A friend told me it would be therapeutic for me to share my families story. So I’m going to give this a try for anyone who is in my shoes…

Almost 10 years ago I gave birth to the most handsome little boy. He has always been full of fire.” Busy 24/7. He never slept very well,  always “on the go”. When it came time for him to go to school it was a challenge to say the least. He always was in trouble. Not listening, not able to focus, never could sit still. He has always had issues with blurting things out.

Finally in 2nd grade I asked his pediatrician to put him on medicine for ADHD, then the long battle with medicines began. He got very sick; his stomach bothered him a lot. We changed medicines numerous times with no luck. We started doing occupational therapies to help him with self control and calming techniques to help with his temper and rage. I felt like I was drowning, failing both at work and at home. I had been at the same job for 10 years they use to be able to count on me EVERY time and over the last 4 years I wasn’t able to make it to work because my son was having a “bad” day. To anyone else, they think he is undisciplined, but to me something was wrong.

I continued fighting with the school day after day about my son saying he is being picked on and beaten up. They would suspend him or just call me at work and tell me they can’t handle my son and I needed to come get him. My son got very depressed and started to hurt himself. I couldn’t believe it, my perfect baby hurting himself. School seemed to be an unsafe place for him. I tried to get his class changed but it couldn’t be done. I tried to change schools in the same district and couldn’t . The principle didn’t try and help us at all.

After months of dealing with this and things getting worse I pulled him out of school. I needed to protect my son from himself and the other kids. Three weeks went by and no one had called from the school to find out where my son was until a teacher, my son didn’t even have, called and wondered where he had been. I called her back and was so angry. Why wasn’t the principle calling? I explained to her what had happened and immediately we had a meeting set up. I go into the school and lost it. At the end of that meeting my son was in a new class. And the fight to get him to go back to school began.

All the time we are still going to the depression center sometime 3x a week. The school year was harder than the last and my son did not want to go at all. We discussed all of this in therapy and got through class after class and drug after drug nothing is working. I was noticing my son was starting to swear a lot and at inappropriate times. I brought it up to his therapist who tells me she has diagnosed him with Tourette syndrome. I was in shock. I found a book in the waiting room while my son was in therapy, it was what every family needs to know about Tourette syndrome. So I took it and began to read. That’s when I discovered that my son has 8 disorders that fall under the spectrum of Autism. My son has been finally diagnosed at almost 10 years old with Autism.