Q&A with A Life With Asperger's Filmmaker Jaime Ekkens

A Life with Asperger’s 30 sec teaser from Jaime Ekkens on Vimeo.

“A Life with Asperger’s” is an animated documentary by Jaime Ekkens that explores the challenges of growing up and living with Asperger’s Syndrome. It has screened in several film festivals worldwide, including winning Best Animation at the Los Angeles Cinema Festival of Hollywood. Below  Ms. Ekkens talks with Jason about her inspirations, her life, and her experience creating films. Make sure to watch the teaser trailer for her short film!

JASON: How did you meet Emmett Goodman?

JAIME: I met him through mutual friends. He went to PRATT and I went to the School of Visual Arts. They are schools near each other in New York and that is how we met.

JASON: What inspired you to make a film about what it is like to have Asperger’s?

JAIME: I had been wanting to do something for a long time and getting to a point where I worked on other peoples projects and I was going to be pigeon holed into that. Growing up, my mother’s brother had autism and he was non-verbal. I was always exposed to someone like that. I wanted to make the film as an educational piece and growing up I would see students similar to my uncle really get made fun of and didn’t understand how or why they could do that. So I wanted to bring an understanding.

JASON: Has Emmett been able to get closer to any of his goals?

JAIME: Emmet right now is currently working at the Metropolitian Museum of Art and a very active member of an animation group called ASIFA East on the east coast.  Emmet and I actually graduated a long time ago. He works for an animation company as an animation assistant. 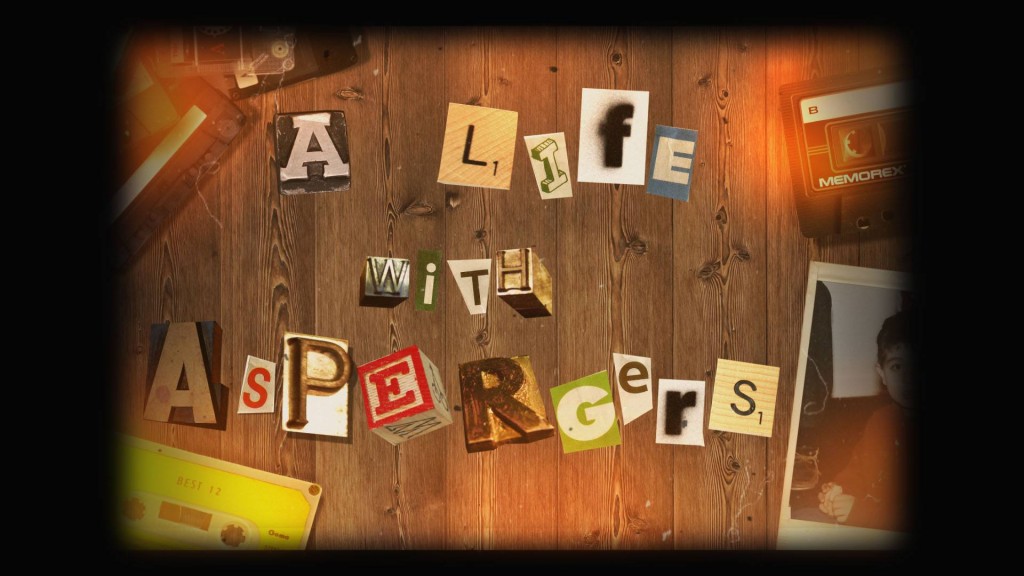 JASON: What other interest does Emmett have other than animation?

JAIME: Emmett plays music and Emmett and I go to a lot of different screenings.

JASON: What interests do you have other than film making?

JAIME: I really like going to galleries, and museums and seeing that kind of art. I really like traveling. I have been to Sydney, London, Argentia, New Orleans, L.A.  Rhode Island. Hanging out with friends.

JASON: This film talks a bit about struggle what does having Asperger’s bring to Emmett in a positive light?

JAIME: He thinks he has become more aware of other things that people might not be aware of in the film. The film was also really important because a friend of mine said “you never really get to hear from the person with Asperger’s how they feel about what’s going on in their life.” It is always scientists or doctors giving their feedback

JASON: You live in New York City what are some of your favorite places to go and why? 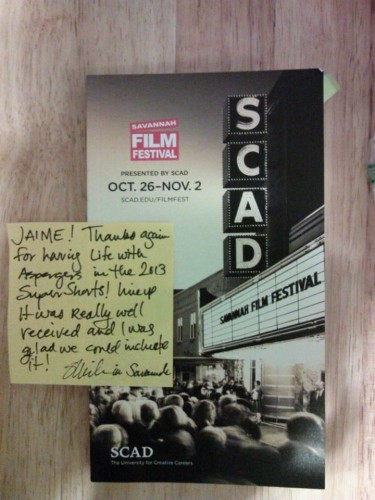 JAIME: I really like the East Village and Korea town and in Brooklyn Clinton Hill is one of my favorite places a beautiful neighborhood.

JASON: This film was shown at the New York Reelabilities what type of feedback did you get that from that?

JAIME: Everybody was really positive. Reelabilities was one of the best festivals I was able to be a part of. There was something very inspiring about all the films and filmmakers and inspiring to be included.

JASON: Is there anything up and coming for this film?

JAIME: It’s going to be at the Art of Brooklyn festival in Early May and in Spain in May as well. I will be going to the festival in Spain.

JASON: Do you at some point want to do a longer documentary on a subject like Life With Asperger’s or on something else?

JAIME: Potenially I have two music video projects that are in the early stages of being worked on. We will see how it goes. One is for a singer-songwriter who is French  and another is for a friend who did the score for Life with Aspergers. She has an ensemble. I am just so thrilled with the response to the film and glad I have made the film.

JAIME EKKENS was born in South Korea and adopted by American parents in Grand Rapids Michigan.  Having received a BFA from Kendall College of Art and Design in 2007, she moved to New York City and successfully pursued her MFA in Computer Arts at The School of Visual Arts.  Ekkens has been a freelance animator, video editor, associate producer for post-production, special effects supervisor and gallery assistant. Her film A Life with Asperger’s was recently screened at ReelAbilities New York.