Justin Farley from Unlimiters, shares how Independence is as simple as a cup of coffee.

Justin Farley shares just how important it is to be Independent, regardless of a disability or “limitation.” Limitations just need new solutions to old problems. 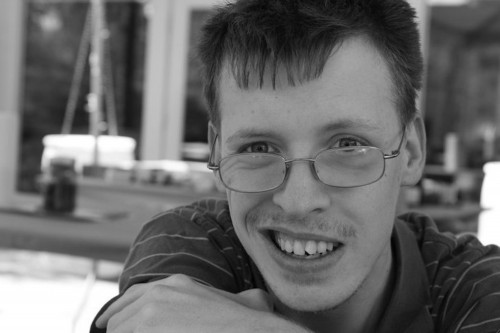 How can you put an exact amount of sugar in your coffee when you have a hard time controlling your hands? 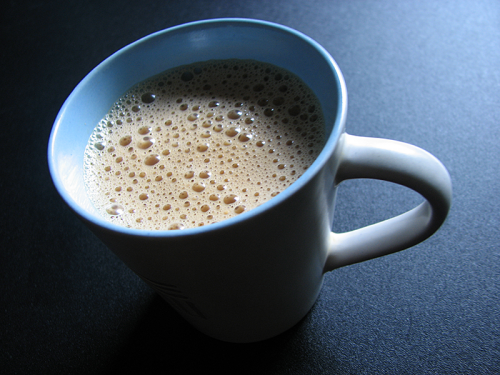 For almost a year, this is the question we posed to everyone we knew, ?trying to find out how I could make myself a cup of coffee, but nobody could think of a solution. One day, I was watching a movie, and the characters used sugar cubes to sweeten their tea. Just like that my question was answered! Sugar cubes were perfect; each cube was an exact measurement, and they were easy to drop into my cup. Everyone was flabbergasted at how simple my solution was, and at how perfect it was. IN MY CASE, INDEPENDENCE IS THE ABILITY TO PERFECTLY SWEETEN A CUP OF COFFEE.

One Christmas, my parents bought me a Kuerig Coffee Maker. Although I was appreciative of it, I was reluctant to use it. It was an ingenious way I could make myself a cup a coffee; it made a single cup serving, which solved some of the obstacles, like brewing it and pouring it into a cup. However, there were other challenges:

Step by step, we made the process doable. For the reservoir, I use a spray nozzle on the kitchen sink. For sugar, I use the aforementioned sugar cubes. For creamer, I use regular liquid creamer with a pump nozzle, but I am still on the lookout for something better to help me get an exact measurement. To carry my mug, I use a coffee cup with a lid so there is no chance of spilling. For the final step, stirring, I blow in my coffee through a straw. Conveniently, the lid also keeps the coffee inside the cup while I blow.

This whole process made it possible for me to make myself a cup of coffee every morning. Independence is finding ways to do the seemingly impossible, and to feed a coffee addiction.

I was 20 years old when I first tried sushi, and I loved it. Many people were surprised by this because I had a reputation for being a picky eater. Growing up, my two main staples were Dr. Pepper and Pop- tarts. Everyone knew me as the Dr. Pepper and Pop-tarts boy, I was always consuming them. I was even given a box of Pop-tarts and a case of Dr. Pepper for Christmas one year from each of my friends! Truth be told, I enjoyed them more for the accessibility rather than the taste. Pop-tarts were simple to grab and eat independently; I ate them straight out of the wrapper. The same goes for Dr. Pepper. I could carry cans over to the table and open them with my nifty can opener, and drink it without any help. Going out to eat was the same, I went for the accessibility factor; I hated buffets and only liked non- messy finger food. Sushi was the perfect food. It combined accessibility with taste. INDEPENDENCE IS BEING PICKY SOMETIMES. 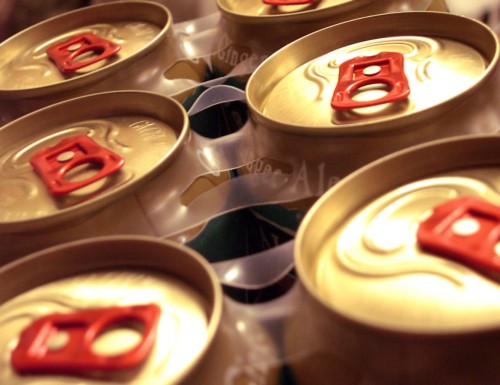 My good friend and I were eating lunch at my apartment and I got us both sodas from the fridge. After realizing I misplaced my handy can opener, I asked him to open my soda for me. He refused, by saying I needed to be more independent, messing with me and knowing about UNlimiters. I then used logic to explain why I was being independent by asking him. “If you were not here I could not drink a soda, but you are here now and I am using the resources at my disposal. If I was not independent, I would not ask you.” I won that argument, and he opened it. I will admit that I was just trying to get my soda opened. I always hated asking people for help because, I agreed, it took away from my independence. With persuading him, I persuaded myself, as well.

I STILL HATE INCONVENIENCING PEOPLE, BUT I AM SLOWLY LEARNING THAT ASKING FOR HELP IS SOMETIMES NECESSARY IN ORDER TO BE MORE INDEPENDENT. INDEPENDENCE IS REALIZING THAT SOMETIMES YOU NEED HELP.

Independence has a different meaning for everyone. From an early age we are pushed to be independent, disability or not, just by our normal progression of life. My three year old nephew used to say, “Walk away mommy,” when he wanted to do something by himself. It is based on our capabilities and determination. To me, finding sugar cubes to perfectly sweeten my coffee on my own was as big as somebody successfully climbing to the top of a mountain. Achieving independence doesn’t need to be anything huge, it can just be blowing in a straw to stir up your coffee. People may not fully understand why you do some things, but sometimes it’s easier to be left unexplained. My friends called me out once for saying I didn’t do something because I was lazy, when in reality the reason was correlated with my disability.

Lastly, and even though it does sound contradictory, sometimes you need help to be independent. In a recent biography of Stephen Hawkings, he said he recognizes that, for him to be independent, it required the help of seven or eight attendants.

What does independence mean to you?