Japan and the Mental Game

I have never been one to see my disability as a disadvantage or use it as an excuse. It is what it is; I never knew life without it. My disability is a part of me, and it helps define who I am.

As I am quoted in a recent Fast Company article, “Perhaps the hardest thing is that living with a disability means also living with the assumptions people make about you.” For the most part, people seem to think my physical disability also means I have a cognitive disability. People don’t mean to be rude and usually have the best of intentions when they act on their assumptions, but even though I often laugh it off, it hurts.

Commonly, I am assumed to have a cognitive disability because of how people see me walk and what they hear when I talk. A lot of the time I am given the kids menu when I go out to eat, or waiters tune me out when ordering and look to someone else to order for me.

It wasn’t until my trip to Japan during my last summer in college that I began to realize the adverse effects the assumptions of other people were having on me. Before the trip I was constantly blaming myself for other’s actions towards me. If someone didn’t understand my speech, I would blame myself for speaking unclearly, or if people treated me as if I had a cognitive disability, I would blame myself for doing something to warrant it. I would never blame the other person; it was always because I did something wrong. In high school and college I became progressively shyer and nervous around strangers. I hated the way I talked and walked. I tried to combat my shyness by improving both of these by working out and doing speech therapy. 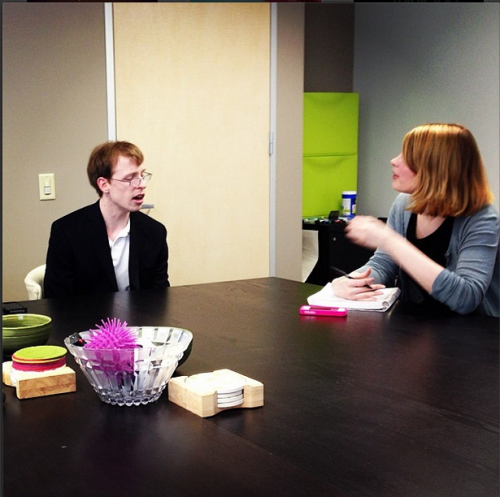 I went to Japan for two weeks with my good friend, Scarlett, and it was a very eye opening experience for me. Contrary to what I had researched beforehand, I didn’t feel like Japan had the same societal barriers for people with disabilities as in the states. In fact, I felt like I was treated the same as everyone else. On the other hand, Japan was mostly inaccessible regarding the physical barriers. We brought my push wheelchair with us, and Scarlett pushed me everywhere, but since I am able to walk short distances, and with the genuine kindness of everybody around us, the inaccessibility didn’t hold us back from doing much.

On the very first day, we stopped in a store that sold kimonos to get a general idea of how much they typically cost. As soon as we entered, I retreated back into shyness, looking downwards to avoid any eye contact. Scarlett asked a store clerk where she could find a kimono in her size, and immediately afterwards, the same clerk approached me and asked me if I was interested in a kimono, as well. Asking me directly and treating me like an adult immediately energized me and brought me out of my shell. For the duration of the trip, other people exhibited similar treatment towards me. I was never overlooked, always spoken directly to, and actively listened to.

Several experiences in Japan taught me a lot about myself. On the fifth day, Scarlett and I were escorted to elevators and the lady who was helping us asked if we were dating (knowing some Japanese faired me well). I was overwhelmed with joy by this simple question – that someone would think a guy and a girl of the same age together would be dating.  Contrast this with a few days prior, in the LAX airport, where we were looking for a handicap bathroom. When we asked where the most convenient restroom was, Scarlett was told she could just bring me in to the girl’s bathroom with her. This is the normal assumption for me. When I’m with a girl she is usually assumed to be a family member or a caregiver, never a girlfriend. 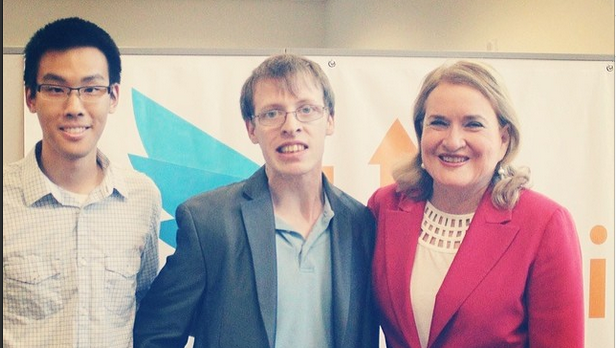 Three quarters of the way through the trip I noticed something that led to an epiphany. I would always look down when I was in front of a mirror, and I remember talking to Scarlett about why I did this, and I said that I just didn’t like myself. This is when I realized my root problem was how I viewed myself. Sometime between high school and college, I became my own worst enemy and started to see myself how I assumed others saw me.

Instead of trying to “fix my disability,” I needed to learn how to mentally accept myself.

I started to see my shyness as more of a mental block than a physical thing. It was more the fact that I wanted to be accepted as opposed to being shy.

Near the end of the trip, I actually did karaoke with friends we had made, which was something I couldn’t see myself ever doing. Just participating was so liberating for me. I didn’t worry about my speech impairment; I was just having fun with my friends. How I was treated throughout the trip allowed me to take my guard down and showed me how much I was letting the views of others control me.

On our way back home, and within minutes of being back in the states, someone at the airport told Scarlett to help me get dressed without acknowledging me. It was almost comical how quickly the assumptions changed. Who knows why I was treated so differently in Japan than I am here. Was it the culture, being with a friend, or the difference in my confidence level being in a new place? Who knows. But whatever the reason, it opened my eyes, and taught me that I needed to accept myself.

Living with a disability and accepting yourself is the most important thing you can do. If you don’t, you make yourself susceptible to the control of others. Just a short while ago I was letting other people control my views about myself, but once I accepted myself I could see past all of those assumptions.

The more comfortable with yourself you are, the less you will feel like you have something to prove. I was caught up in the vicious cycle of not liking myself. I would take assumptions personally, which would often lead to me make my own inaccurate assumptions internally, as well.  I take less to heart nowadays because I know I’m capable of more than people think. I can confidently say I’m out of that vicious cycle, and you can be too! 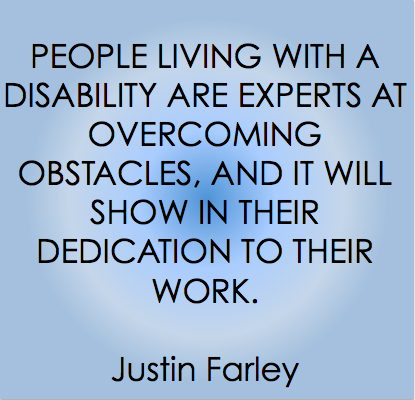