Going Through The (E)motions 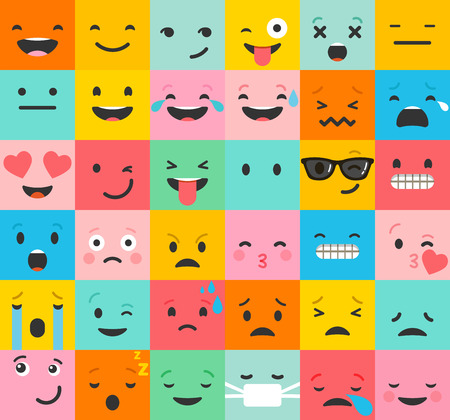 Life has it’s ups and downs like an EKG monitor.

If it’s flat, it means you’re probably dead, but, I mean this more in a mental sense.
I just came back from watching my best friend, Roxy fight for a title. Unfortunately it didn’t go her way. In watching the judges make their call about her fight, it made me relive my own recent loss in the cage and how even though months have past it still (as it should) stings, so I was all messed up for two reasons but more so for my friend.

To top things off things that stress me, I managed to pick up a souvenir in Kansas City, a fungal skin infection (ringworm) which will prevent me from training… the one thing that helps keep my sanity.

So it sit here, quietly reflecting about my life and the people in it.

Out of all the people I have met  my best friend Roxy may be the only one to ever fully accept me for who I am, including all the quirks that come with my form of autism. From my knack of focus on academics, watching the movements of the human body when drilling to make a deeper imprint on my memory to the anxiety attacks and social anxiety that have plagued me since I can remember…she gets me.

People have always made jokes that Roxy and I are yin and yang. Two parts of a whole, and I believe it.

She’s the very graceful, polite, more experienced individual who favors grappling and won’t say a curse word no matter what…

Then there’s me, her polar opposite. I’ll drink on occasion swear so much truckers shake their heads and sailors blush, I’m very blunt (even though I know it gets me in trouble) and I like to punch and kick to my heart’s content, but, at the end of the day I too, care for people.

As I have been sitting around trying my best to “adult” by setting up appointments, doing chores, etc., I have noticed that my agitation and anxiety has seeped back in, and it has taken an alarmingly short amount of time to do so.

Something as simple as trying to navigate an insurance company to get a therapist for me to talk to on a semi regular basis was enough to put me over the edge. The whole process was entirely too stressful.

My insurance carrier was not as helpful as they should be, and sadistically give me the run around, as they have since April. I tried to do it on my own, over and over, without success, to the point my mom intervened, leaving me feeling very inadequate. Thankful, because it’s done, but inadequate.

I kept thinking to myself “I’m 24 years old and I can’t do this stuff by myself?

Everyone else around me is successfully “adulting,” and here’s my loser ass on needing my mommy to come to my rescue.

This isn’t the only incident that’s happened this week.

Earlier this week, Roxy and I were at a leasing office trying to get an apartment together.

When handed the background checks, I could feel the gears in my head slow down, which I know means an anxiety attack or a full on shut down is imminent.

I filled out my paperwork to the best of my ability, and because I work sporadic odd jobs such as freelance writing, tutoring, etc, for cash, I have no trackable income. So I have been emailing people who I work for to prove I get paid monthly.

As I finished I looked back to Roxy, who looked completely fine, but knew I wasn’t.

As the leasing lady walked out of earshot, I told her what was going through my head, and she simply smiled and told me, “believe me I’m stressed too”.
That simple sentence both blew my mind, and also helped me a bit.
I always judge myself, often feeling inadequate when it comes to me dealing with emotions.

I see everyone around able to do things expected of them, with no problem.
No mental break downs.
No overstimulation.
Nada.

Then we have me, who lives by the motto, “fake it till you make it.”

I attempt to look and act normal to the outside world.

Here’s the thing though…when out of sight,  I collapse, and ball up in the fetal position in the corner, trying to sort things out.

I have at least a biweekly existential crisis that I talk myself down from.

After my most recent crisis, I decided to take time off from writing  to watch an old favorite anime movie of mine, “Ghost In The Shell,” which was both a good and bad idea.

The plot follows a cybernetic soldier working for a secret group of the Japanese military alongside other members who have cybernetic parts to enhance their senses. They jump through a vast network of information, using their “ghost” which is more or less their consciousness as they track down a hacker who can hack into the brains of others and their “ghost”.

In this movie I related to the main character, Makoto Kusanagi, as she confronted the hacker.

Like me she’s very philosophical and goes through her own existential crisis as she tries to rationalize what defines “being human.”

In my case I always try to “be normal,” and try to figure out what “being human” is. But, as always what’s normal for a spider is chaos for a fly.

This week’s theme has been one of accepting my shortcomings, and embracing the fact that although I’m autistic, “everyday people” struggle too.

And I’m not inadequate, but rather still trying to figure out the controls like in a video game.

Serena DeJesus is the First Female Professional Mixed Martial Artist with Autism. She's 5-2 in her MMA career, has the Tuff-n-uff Bantamweight Champion Belt, and is an active autism ambassador for the non-profit Fighting For Autism. When she isn't training or fighting you can find her nose buried in philosophy books or video games.  To read more from Serena, check out her blog.