Can We Prevent Dementia And Parkinson's Disease And Other Chronic Conditions? 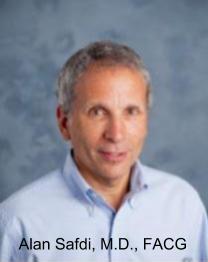 Jason's Connection is excited to announce our joining of Alan Safdi, M.D., FACG as a Featured Guest Blogger for our Community, featuring articles on health and fitness that can benefit us all.

There are some recent studies on exercise that are exciting and have extremely important take away points for all of us. I will discuss dementia and Parkinson’s disease in a minute but first let’s review some salient points.

Recent studies on exercise are exciting and have extremely important take away points for all of us.

Exercise has numerous health benefits.  A graded relationship between exercise and the development of common chronic conditions (including cardiovascular disease, diabetes mellitus, chronic lung disease, gallstones, hypertension, hypertension, anxiety and depression, osteoporosis, diverticulosis, chronic kidney disease, and some cancers) has been observed. The result of a recent study: people in advanced age who exercise regularly are around 10 years younger in terms of motor skills than those who lead a sedentary lifestyle. A 50-year-old who exercises regularly is as fit as an inactive 40-year-old. Those who do less than 2.5 hours of moderate physical activity per week, as recommended by the World Health Organization, are four times more likely to suffer from Type 2 diabetes.

... people in advanced age who exercise regularly are around 10 years younger in terms of motor skills than those who lead a sedentary lifestyle.

A very important study was conducted in Germany in a group of individuals who have the genes that predispose to Alzheimer’s disease. This study is very important even if you do not have these genes. They studied a group of individuals who carry mutations associated with a rare, genetically driven form of early-onset Alzheimer's disease. Physical activity of at least 150 minutes a week was linked to less Alzheimer's disease-like pathology, better cognitive outcomes, and delayed diagnoses of very mild dementia. If further research confirms this relationship between physical activity and later onset of dementia symptoms in autosomal dominant Alzheimer's disease, then we need to expand the scope of this work to see if it also is true in the millions of people with more common, late onset Alzheimer's.

In studies that collectively included more than 500,000 people, an inverse dose-response link emerged between physical activity and Parkinson’s disease risk among men. Specifically, only moderate or vigorous activities were found to be significantly associated with the decreased risk for PD. More recent research has found similar results. The Veterans Exercise Testing Study, a cohort study of 7,347 male veterans that measured physical fitness objectively by maximal exercise testing, reported a strong inverse association between physical activity and Parkinson’s: men who had a high versus low level of fitness had a 76% reduction in the incidence of Parkinson’s.

...it may be important for us

to pick up our pace a bit.

For more details on the Retreats and The Telluride Longevity Institute and other archived posts click here: https://telluridelongevityinstitute.org/

One week won’t just change your life…it will prolong it!

Dr. Alan Safdi is a speaker, contributor and serves on the advisory board of the Telluride First Foundation. He is board certified in Internal Medicine and in Gastroenterology and is a Fellow of the American College of Gastroenterology. A proven leader in the healthcare arena, he has been featured on the national program, “Medical Crossfire,” and authored or co-authored numerous medical articles and abstracts.

Dr. Safdi has been involved in grant-based and clinical research for about 35 years and is passionate about disease prevention and wellness, not just fixing what has gone wrong. He is an international lecturer on the subjects of wellness, nutrition, and gastoenterology.