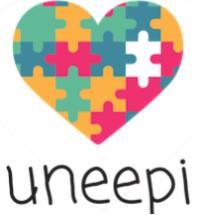 Uneepi is an online dating & relationship resource designed to support people on the Autism Spectrum.  Jason's Connection posed some questions to Thomas Sheil, Founder of Uneepi, to provide information about Uneepi's services.

Jason's Connection:   Tell us about UNEEPI and what you do? Can you explain what UNEEPI means?

Thomas: Uneepi is a dating and social media site for adults who have Autism as well as Aspergers. We make dating really easy for our members by providing dating support - which is a one on one coaching session that happens over Skype, Facetime or over the phone. The dating support goes over a wide array of topics, such as how to date, what to say/do on a date, how to fill out your profile, how do you know if you like someone, date safely, etc. We also have blogs that go over similar topics as the coaching as well as tips and tricks for dating, how to prepare for interviews and many other topics. Lastly, we offer a podcast where we have those on the spectrum and those who are neurotypicals talk about their dating lives as well as talk about their friendships and offer advice to those listening. Uneepi comes from uni which is Latin and means to become one and pi which is Greek for forever.

Jason's Connection: What is the story behind starting UNEEPI?  What motivated you to start it and tell us your background.

She had brought up that her boyfriend’s sister has autism and how the autism community holds a special place in her heart. I had said two of my good friend’s sister has Autism, so let’s do something for the Autism community. After some research, we decided on a kid’s game, which we called Khery’s game, named after her boyfriend’s sister. The purpose of the game was to help kids from the ages of 6 – 13 recognize people’s emotions such as happy, sad, angry, excited, confused, and sleepy. When we completed the game, we sent it to a bunch of schools and got a lot of positive feedback. Fast forward a year later, and I had started a website freelance company and my first client was Rebecca, a behavior analyst. I helped her make some changes to her website and update it. We remained in touch over the years while I helped her maintain her website.

Fast forward again a few years later, and I was watching a documentary called Autism In Love. After I watched it, I did some research and saw there weren’t that many resources for adults to help them with social interactions. I wanted to do something about that, so I decided to build a dating and social media site for adults on the spectrum. I had been on dating sites on and off for a few years, it’s where I met my fiancé. I wanted to build a better one than what I have encountered, a site that would help users who might not know how to date or interact socially. I told Rebecca, and she loved it and wanted to come on board. When she asked, what’s going to be something that will set you apart?, and I said it would be coaching. I wanted a site that would help our users succeed when they came on our site. I had started working on the site in January 2016, and after putting together a team and building a site, we launched Beta in November 2016. Currently, we are over 1,250 members and growing steadily!

Jason's Connection: Many things created for the Autistic Community often assume what is best for them without including them. How have you made sure to include diverse elements of the community, making sure that it is focused on empowerment vs. changing or fixing?

Thomas:  This is a very good question and something I thought a lot about while building Uneepi. We have a behavior analyst who has over 20 years experience working with the Autism community. We have also partnered with a countless number of Autism organizations where we have had their members try out Uneepi and come up with input and suggestions on how to better improve the site.

Jason's Connection: In terms of pricing, what is the cost? Is it affordable for people with different socio-ecomomic means?

Thomas:  When we set out to launch Uneepi, we wanted it to become a top notch dating site but at a very affordable price. We have four different price ranges starting at $10 for a monthly membership, $50 for a six-month membership (one month free), $70 for a six-month membership and one hour of coaching (a $90 value) and $100 for an unlimited membership plus an hour of coaching. Our coaching packages start at $40 for an hour, $175 for five hours ($35 an hour) and $360 for ten hours (which is one hour free). Our prices for the site, especially for the coaching are much cheaper than if you were to go elsewhere!

Jason's Connection:  People on the Autism Spectrum have many different relational needs; there's a real mix such as social, sexual, identity needs ( gender, sexual orientation etc...). How do you meet diverse ways of being in relationships?

Thomas: This is another great question! We try to provide options for everyone and make sure no one is left out! When you sign up on Uneepi, you choose what your sexual orientation is and what your preference is. If you aren’t ready to date, you can just choose looking for friends! If you see something that is missing from the site, you can just email contact@uneepi.com and we will take a look at your request.